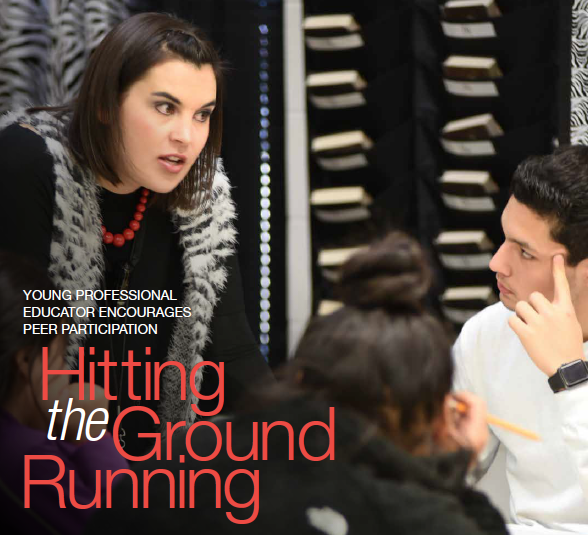 When Ashley Kincannon graduated from high school, she was nine months pregnant, recently married, and working part-time at Walmart while she kept up with school.

“Lots of people thought I would never be something,” she remembers. “But my teachers still believed in me.”

Kincannon grew up in the Hot Springs area in what she describes as a dysfunctional household, with her mother and three siblings (her father was incarcerated). “My home life was unstable,” she says. “It was just a house of chaos, lots of turmoil, lots of fighting. Lots of hate, and hurt. My mom worked all the time. I was the oldest, so from the time I was 13, I was taking care of my brothers and sisters. I never really got to be a child. I had to grow up early.”

While she was in high school, an English teacher and a Consumer Science teacher—both of whom Kincannon still keeps in touch with today—took an interest in her and helped to steer her toward a better path.

“School was my safe haven,” Kincannon says. “My teachers were my support. They were the people who were rallying behind me and believed that I could do something.

“I had nobody. I had my books. I read my books and I went to school. I’m a very passionate person—I had all this love and nowhere to put it. I was doing all these things and no one could see my work. I was in cross country, I was in choir, and nobody was there to watch me. My teachers filled that gap.”

These teachers didn’t just help her survive a difficult childhood, they inspired her to go into the profession herself.

“I wanted to make a difference because I know: A lot of kids are hurting, and they need someone to support them,” she says. “I always knew I wanted to help kids.”

When Kincannon, now 27, sets her mind to something, she finds a way. Raising her daughter and working full-time at a day care, she got her associate’s degree at in education at National Park College, graduating ahead of schedule in December of 2010. Then came a second daughter, more part-time jobs, and commuting back and forth more than an hour to Henderson State University to get her degree in English in 2013, with a focus on 7-12 grade education. Still happily married after nine years, Kincannon says her family kept her focused as she pursued the teaching profession.

Just four years after being told by some that she wouldn’t amount to anything, she got her dream job. In 2013, she was hired as an English teacher at Lake Hamilton Junior High. In addition to teaching eighth and ninth grade English, she has also team taught special education English. She continued her own coursework while she was teaching, and in 2016, she earned a Masters of Science in Education degree with a focus on English as a second language. In May she completed an Education Specialist degree with a focus on curriculum.

“My husband has been my rock throughout this journey,” she says. “He’s the reason why I’ve been able to get to where I am today.” 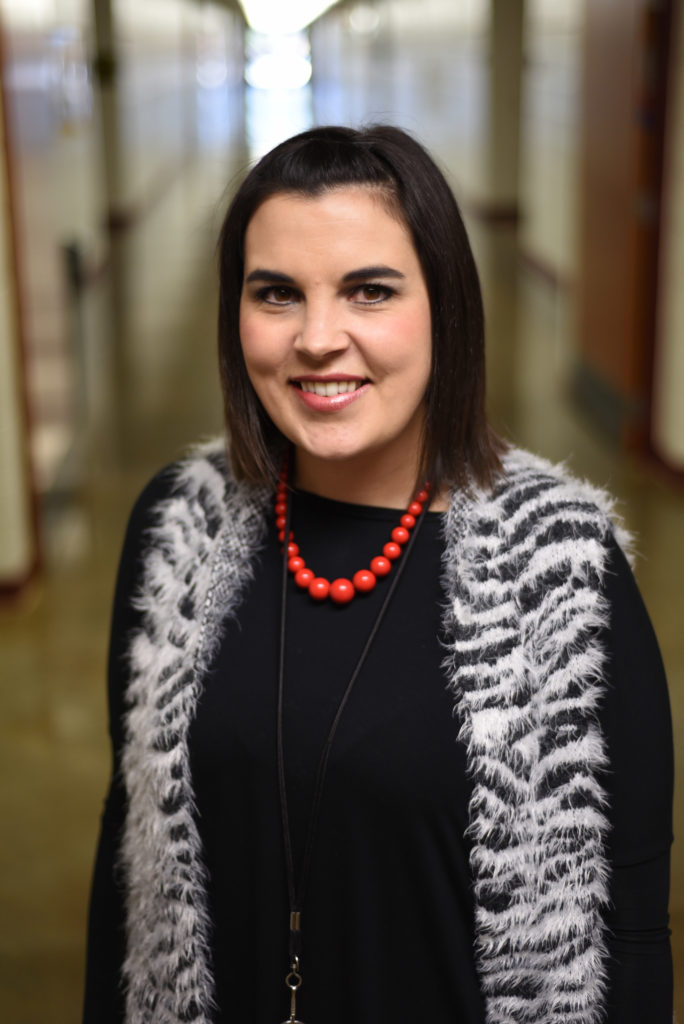 “As someone who comes from a background of struggling,” she says, “I really connected with these English-language learners who are struggling against all odds to learn not only how to speak English but also how to be academically proficient in a language other than their own. They want to do well. They’re willing to achieve the unachievable. They just need an advocate. They need someone to help them.”

Kincannon says that she’s still learning how to navigate the challenge of meeting those needs in an ESL classroom.

“I had a big epiphany that I needed to tailor my curriculum,” she says. “As an ESL teacher, we really need to break down words for these kids. They need careful explanations so they understand and don’t get defeated. They need engagement, interaction, opportunities to speak and listen. Just because they have the conversational English does not mean that they have that academic terminology down. That’s the biggest misperception.”

During Kincannon’s first year of teaching, as her school began to implement Google applications and Chromebooks, she was eager to get a crash course in using technology in the classroom.

“I didn’t know what a Chromebook was,” she remembers. “So I went to a conference called ‘Schools without Walls.’ And I fell in love! I went back to my classroom and fully implemented all these Google apps. I was determined that I was going to make it work for my kids, and my kids loved it. It was like turning on a switch. Kids like educational technology.”

Kincannon began giving presentations on using technology in the classroom for other teachers at conferences and trainings, and she quickly found that she had a passion for professional development. She’s now given 19 such presentations throughout the state, and works with teachers and staff at Lake Hamilton.

“Sometimes teachers need someone to help them,” she says. “We all have our own strengths, and we’re all experts in our fields. But in other areas, we need someone to help us. I’m a professional development junkie! I just love to learn, and I’m a sharer, I’m not a hoarder of information.”

Kincannon’s passion proved a natural fit for engaging with early-career educators, a mission that she has been empowered to pursue with her recent involvement with AEA (Kincannon now serves as a building representative). AEA leadership encouraged her to apply to participate in a NEA summit in Orlando for early career educators (ECEs – teachers in the first five years of their careers). Kincannon was selected and attended the conference in February.

“It was absolutely incredible,” she says. “I really learned how to network with ECEs, and why there is a need for support for them.

“We know that that’s when teachers are leaving the profession is that first five years. So they desperately need a support system. If you’re an early career educator, you are a minority in school districts and you don’t always have that support system when you are at school. Many of them are struggling—they need help with classroom management, they need specific professional development tailored to their needs, and they need mentors who will support them and encourage them along the way.”

“I personally and passionately believe that we need to support not just ECEs, but also under-35 educators, who may have been teaching longer than five years, but we’re lacking the life experience,” she says. “Sometimes under-35s don’t understand being political advocates, or they may need coaching in other areas of learning how to be professional.”

At this year’s AEA Representative Assembly, Kincannon successfully brought proposals to create new networking opportunities for both ECEs and under-35s.

“Early career educators and under-35s are the future of our association,” she says. “So the focus is not only to support them and keep them in education—we need them in our association. We need to empower them to be activists.”

Kincannon plans on continuing to take an active role in professional development as well as nurturing support programs for ECEs and under-35s.

“I want to continue to support other educators however I can because education is under attack,” she says. “We need to create a support system and we need to help each other, by working together to ultimately give our students what they need, and to protect our livelihood. It’s going to take all of us standing together to save the future of public education.”

Kincannon’s own experience growing up has helped to foster that commitment, and still colors her approach to teaching today.

“There is some child who has a home like mine, who is unhappy, who doesn’t feel valuable,” she says. “I want to be that person for that child, like the teachers who hung in there with me—because I was not an easy to kid to work with—and encouraged me. There’s no telling where I’d be if I didn’t have that as a student.”