Standing Up and Speaking Out 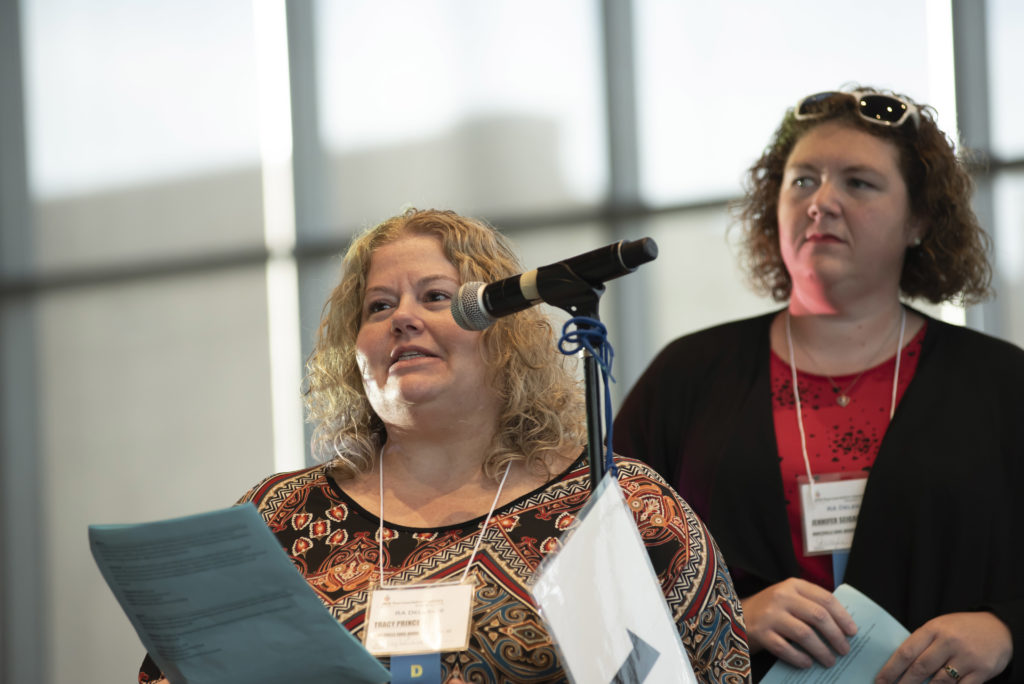 “At first I wanted to be a lawyer,” she said. “That was my original plan. I didn’t go back to college until I was 26, so I was already married, had 2 kids. My oldest child’s first year of kindergarten was my first year of teaching.”

Teaching elementary school was her goal, but having a child the same age at home made teaching younger kids challenging. After teaching every grade but first, she found a natural fit at Huntsville Middle School.

“Teaching was always kind of there, you know I had a big craft box for the kids and the whole deal, so I thought elementary was it,” she said. “Then I found out I like 6th grade better. They just get it. You can tell a joke and they get it.”

While Prince found her groove in the classroom, her local association had stalled. Membership in the Huntsville Education Association had fallen to just 16 educators.

“It was just, you paid your dues and hoped nothing happened,” she said. “I think everyone knew they were part of AEA, but because the local was inactive, they didn’t really look to AEA.”

Prince says Madison County has a huge sense of community pride, but that community was disconnected from its schools. School Board meetings seemed to be a rubber stamp for the superintendent’s requests, and educators were afraid of retaliation if they asked questions.

She knew Huntsville needed a change, and along with fellow teacher Jennifer Seigal asked AEA UniServ Director Chris Pearson to meet secretly at a park on the back side of a hill in town.

“I was nervous, turning, turning, and like ‘Where am I going?’” Pearson said, laughing. “I was actually on vacation, but I knew Huntsville needed help and I was so excited I said, ‘I’ll be there!”

After explaining the situation at a picnic table, Prince asked Pearson what could be done. The response was brief, but wouldn’t be simple. 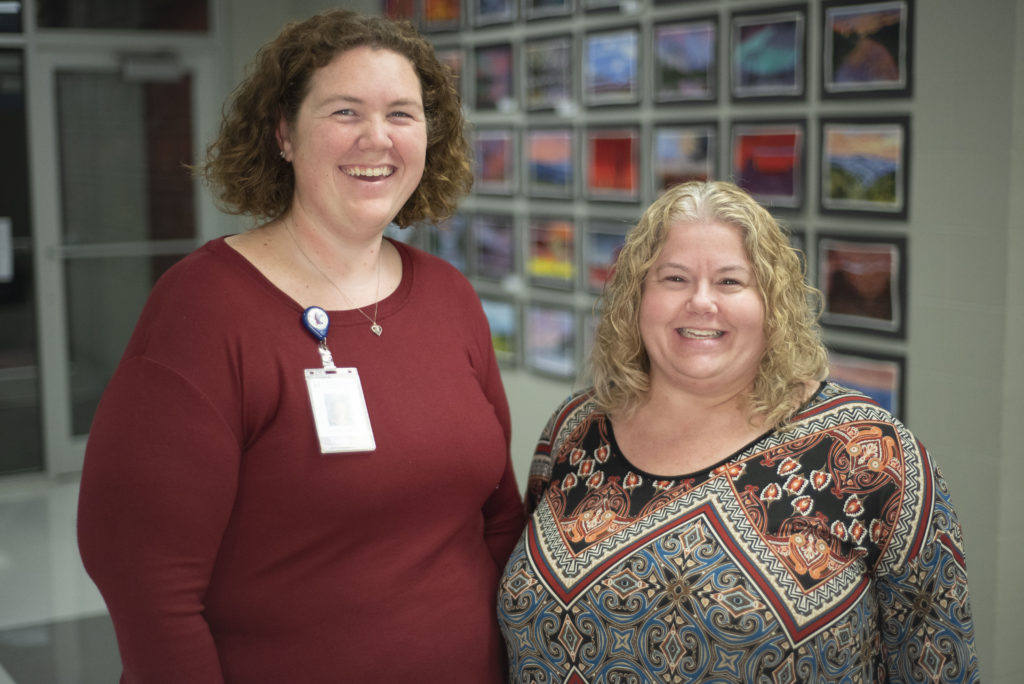 Prince and Seigal decided to dive in. As the new President and Vice President, they opened up lines of communication with administration, the school board and HEA members.

“In the past there had been a disagreement on what HEA’s role was in the school district,” Seigal said. “We wanted to come in and say, “We’re here and we want to work with everyone in the district to build a better community.”

A laudable goal, but one that was met with resistance.

“They didn’t like that we were questioning things or asking, ‘How does this work?’ or ‘Why did we choose this way to do this?” Prince said. “A lot of the time it was about money, which is always a touchy subject.”

When HEA held its first informational meeting to let the community know about their goals, the superintendent required the entire district administration to attend.

“We were standing there shaking because we knew we were going to be targeted,” Seigal said. “I was going to have to go back to my building the next day with my principal after saying, ‘I’m going to start standing up for my kids and this is what’s going to happen.’ We stuck our neck out and spent a whole lot of time in the admin building, building those relationships.”

The superintendent started showing up to membership meetings, and refused to stop. HEA’s new leadership worked with Pearson to address the issue.

“Chris has been a lifesaver,” Seigal said.

“And our backbone at times,” Prince chimed in.

“It helped to have a source of information and a cheerleader just a phone call or a text away,” Seigal continued. “She has a wealth of knowledge and she stands up for what’s right for the kids and she supports us when we stand up for it and for teachers and classified staff.”

With new energy in the district, membership started to climb. When a school board member moved out of her zone, HEA took the growing momentum and plunged into the race using

“We added a question or two that pertained more to our district and sent them out to both candidates,” Prince said. “One of our key things was the public contacting you. That was a big dilemma in our community and why there was almost a separation between district and community. They didn’t feel they had any say they didn’t feel anyone would listen to them.”

HEA recommended the candidate who offered up his cell number and asked the public to give him a call. Members created post cards explaining their support, and drove the entire zone to put them in mail boxes and talk to people.

“On election day we were at the polling places in our car with our lists,” Prince said. “’Did you vote? Don’t forget to vote! Can I come pick you up?”

Their recommended candidate won by more than a 3:1 margin. But the blowout didn’t come without blowback. Some HEA members were told to take campaign signs out of their yard, and the superintendent questioned why teachers should be involved at all.

“It’s our district,” Prince said. “It’s our kids. We live here. We work here, so we need to have people in place who have that same mentality where everything they do is about the kids, instead of about the political side of it.”

Rather than backing off, HEA took the experience from the race and doubled down, recruiting a candidate for the next election.

“I approached someone, and he was like, ‘Yeah, I’ll throw my hat in the ring. I like what y’all are doing and I’m happy to do anything to help the community,’” Seigal said. “He didn’t even have kids in the school, but he said he saw where we were going with it. Whether it be school board, admin, teachers, classified – whatever – we have to make sure everything we’re doing is what’s best for the kids.”

“When we interviewed this time we were more conscious of asking questions around what it means for our schools,” Prince said. “We went in knowing what answers we were hoping for and we had a candidate that nailed it.” 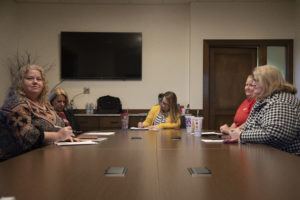 This time the election went to a runoff, but with a huge HEA get out the vote effort, the recommended candidate won.

“They said turnout for the runoff was the biggest they’ve had in years,” Prince said. “The only

thing on there was school board.”

Seigal says the new board members aren’t the only change at monthly school board meetings.

“In the beginning there was the board, admin, me, Tracey and Chris,” she said. “This last year its usually standing room only, and not from complaining, just people interested in what’s going on.”

Board members solicit public input, and ask HEA leadership if they have anything to add.

“It’s night and day,” she said. “They don’t see us as an enemy. We are a partner in our

children’s education. Our community was lacking communication. We needed a liaison, a communication person, somebody that who was not afraid to speak up. We went from hiding to now we have open communication.”

Two years after taking the helm, membership is now approaching 70, higher than it’s been

in more than a decade. But Prince and Seigal aren’t ready to slow down. Now they’re working to keep members active, and ensure enrollment continues to increase.